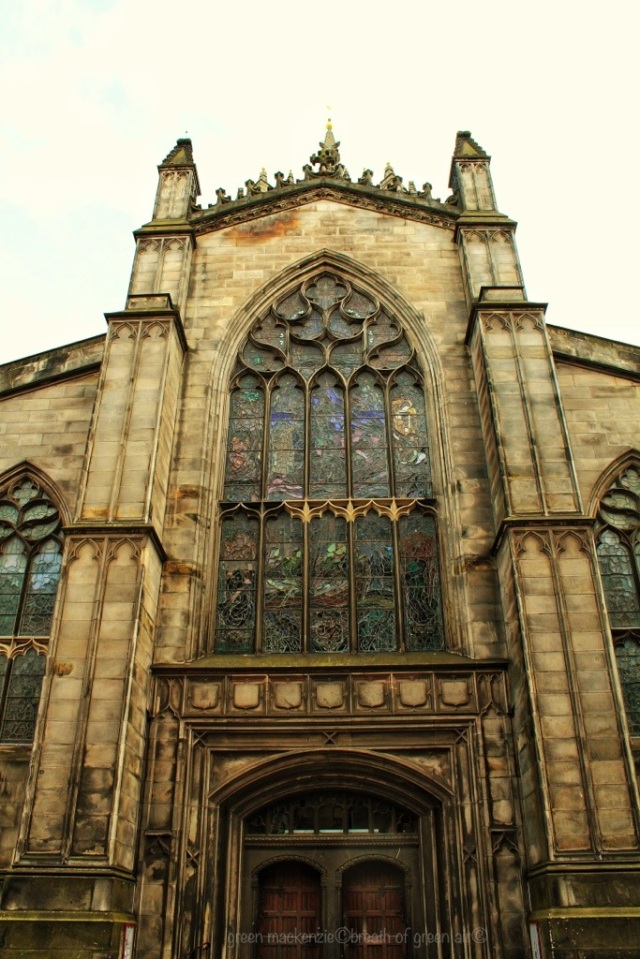 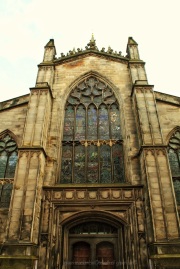 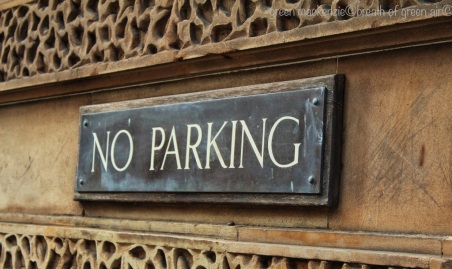 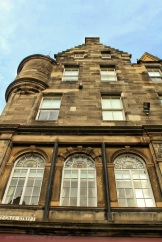 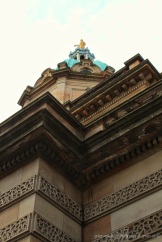 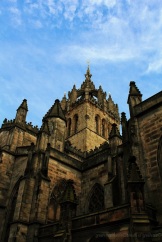 Neptune, King of the Ocean 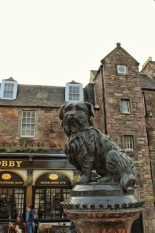 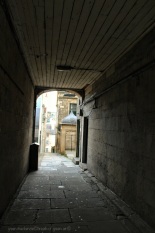 This weeks collection of Edinburgh photos were taken between St Giles, on the Royal Mile, and Greyfriars graveyard, on what was the edge of the old walled city. As always in this part of Edinburgh, I came across lots of interesting people and sights. As I turned the corner towards St Giles a large wedding party swept past me, and the beautiful red of her flowers and his tie caught my eye. Love had blossomed into marriage, and a whole train of family and friends followed excitedly in their wake, heading off to the post-service party.
This set the theme for the rest of my walk. While I was trying to work out some angles for photos of the old Bank of Scotland’s headquarters off St Giles Street, a wonderfully colourful couple floated past. They were very clearly in love, and their happiness tugged at me to take a photo. They were happy to pose, and their smiles were infectious.
As I continued to walk I wondered how long they had been together, and what had kept their relationship so vibrant.

I headed down a shadowy close, away from the High Street and out towards Greyfriars. As I took a photo of Bobby the devoted dog, I got thinking about devotion. This little terrier had loved his master Andrew so much, that when he died suddenly of TB, Bobby had found his grave in Greyfriars and refused to move from it. He stayed loyally at his dead masters side until he too died, many years later. The Edinburgh townsfolk were so impressed with his love and devotion towards his master, a former policeman, they fed him at the graveside and adopted him as a town mascot.
Young love to devotion in death I had seen it all in one afternoon in Edinburgh’s Old Town. In some respects not much has changed over the last thousand years.

And now the history bit for those of you still reading:
The old Bank of Scotland Headquarters is now The Museum on the Mound, and is dedicated to the history of coins, money and banking. It’s a beautiful old building built at the height of the banks power and wealth. This bank dates back to the 17th Century, and is the second oldest bank in the UK. The Bank of England beat it into existence by one year. However unlike its English equivalent which was set up to finance defence spending, the first Scottish bank was set up by an Act of the original Scottish Parliament to finance business and trade. Something the banks seem very reluctant to do nowadays.
It was the first bank in Europe to print its own bank notes, which it continues to do. In 2007 it became part of the HBOS Group, and in 2009 it became a key part of the Lloyds Banking Group.

See previous Tuesdays Edinburgh posts by clicking on Edinburgh in the Header above.

Double click on any image in the gallery to enlarge it.

Hi, I'm Seonaid, and I share my home on the shores of Loch Ness deep in the Scottish Highlands with my husband, my son and a couple of dogs. I love art which is here now and gone tomorrow...like food and nature...but also have a passion for vintage and the ancient past! Nature is my favourite muse, with her wild ever shifting seasons. I have been using and teaching mindfulness and relaxation for over 12 years, and have yet to become any sort of expert :-) I'm a Psychotherapist and Cancer Support Specialist in Maggies Highlands
View all posts by greenmackenzie →
This entry was posted in Edinburgh, history, photos, travel, Wedding and tagged Edinburgh, Greyfriars, Greyfriars Bobby, love, photography, scotland, spiritual, St Giles, travel. Bookmark the permalink.

16 Responses to St Giles to Greyfriars – Love and Devotion

A Hodgepodge of Ramblings